OUR GLOBAL COMMUNITY IS CHANGING THE WORLD

About The Global Good Fund

Our Impact
Our Values
Donate

The Global Good Fund is a nonprofit social enterprise built by social entrepreneurs for social entrepreneurs. We identify leaders who stand to achieve greater social impact with executive mentorship, professional leadership coaching and capital. We believe growing leaders is the most effective strategy for solving complex social problems and achieving global good. 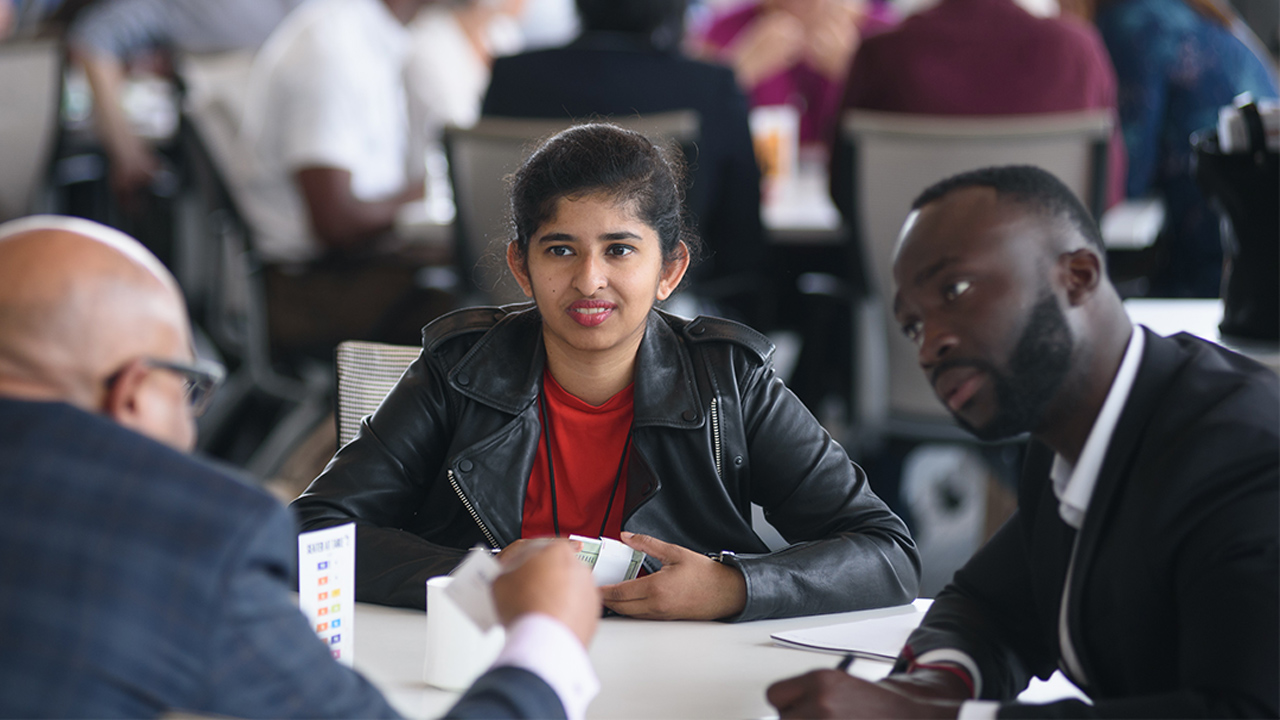 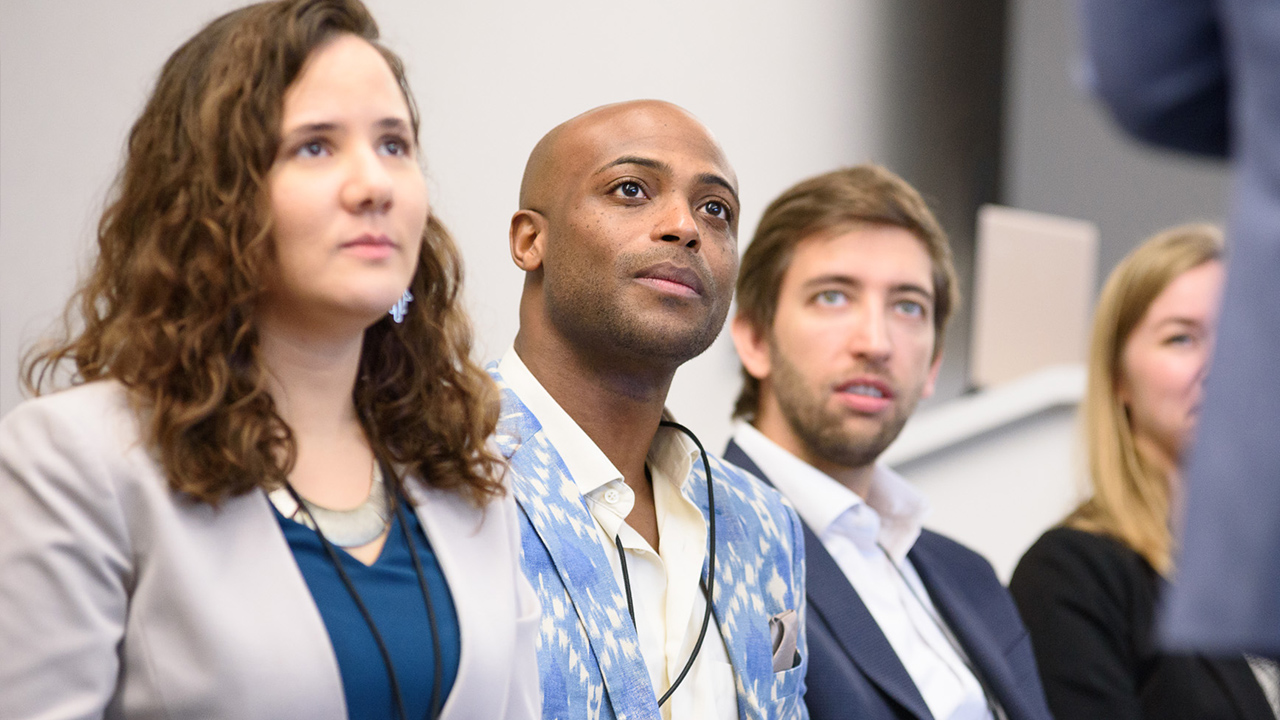 Every person should have access to the health care they need, enough money to pay their bills, education for their children, clean water to drink, air to breathe and the ability to participate in the global economy. We know this world exists when social entrepreneurs are empowered to lead and have the tools they need to make their vision reality.

We invest in entrepreneurs focused on solving five key social issues related to sustainable changes in education, healthcare, the environment, financial services and the economy. Built by social entrepreneurs for social entrepreneurs, we identify high-potential leaders and accelerate their success through proven, proprietary development methods. We believe growing leaders is the best strategy for solving complex social problems and achieving global good.

On Carrie Rich’s 26th birthday, her boss, Knox Singleton the CEO of Inova Health Systems, gifted her a birthday card with $100. A few weeks prior, Carrie shared an idea with Knox about pairing emerging young leaders, like herself, with seasoned executives, like him, and backing the combo with targeted capital to serve as a catalyst for social good. 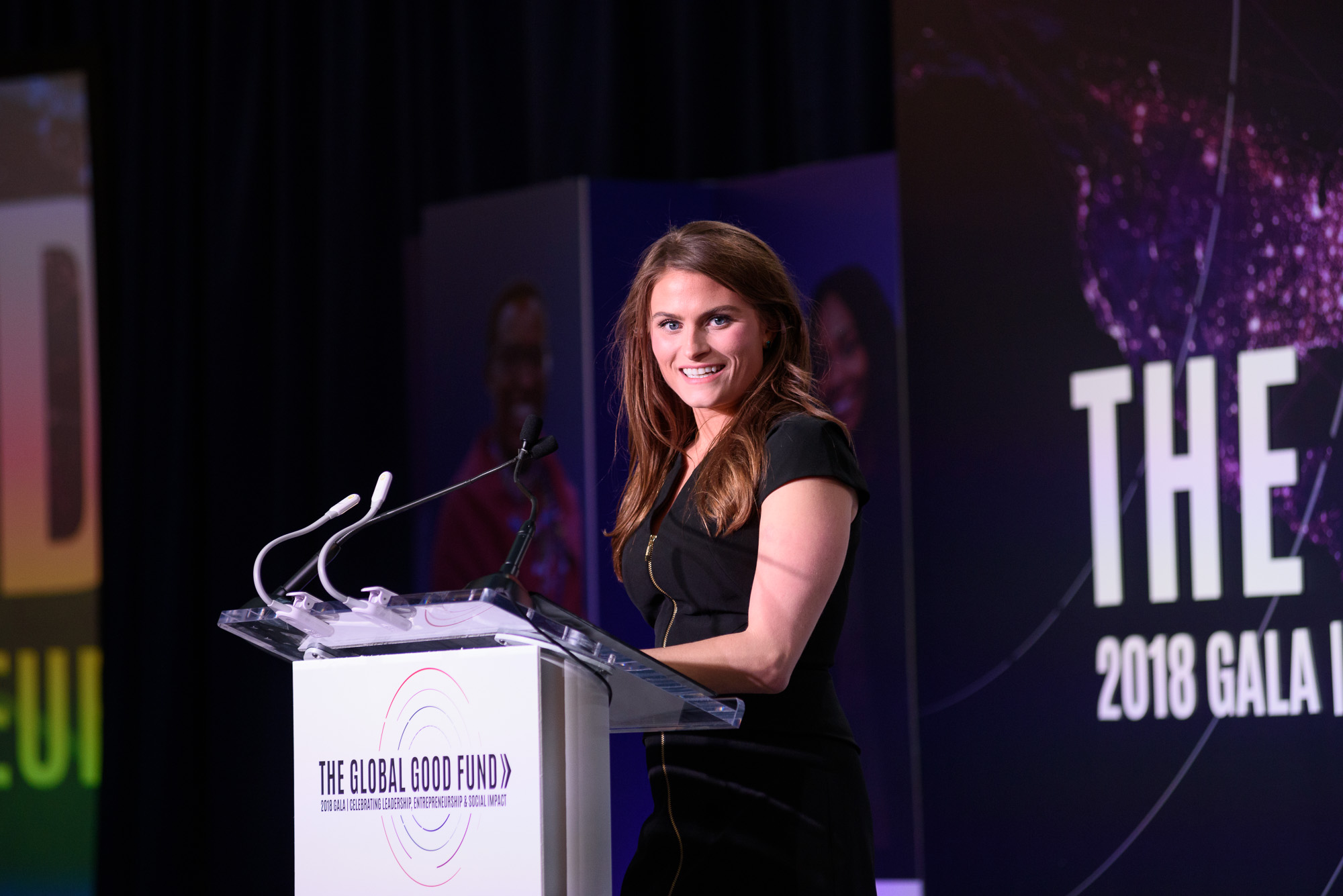 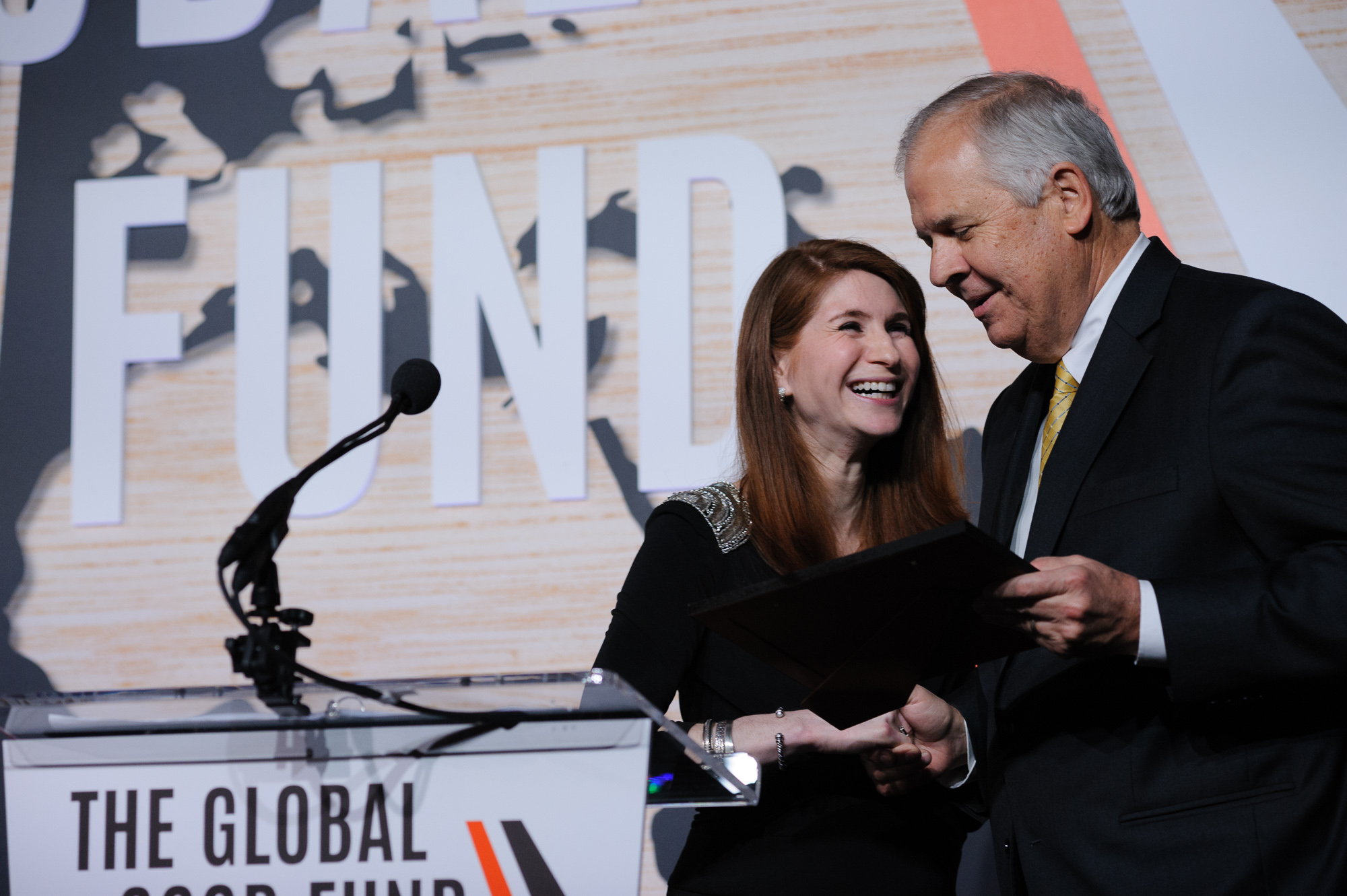 Knox Singleton, former CEO of Inova Health System, gave his employee Carrie Rich a birthday card on her 26th birthday. Inside was a check for $100 and a note that read, “Here is the money I would have spent taking you and your colleagues to lunch for your birthday. Now you can start to live your dream.”

The dream Knox mentioned was an idea I’d explained to him two months earlier. I was grateful to have a mentor who challenged me to think big, a sponsor who coached me and pulled me up. Knox’s actions conveyed that he believed in me. What if we could pair emerging young leaders like me with executives like Knox who have top-tier experience and hearts of gold? What if we backed this pairing with targeted financial capital to serve as a catalyst for social good? 8 years later through The Global Good Fund Fellowship, Carrie and Knox have impacted the lives of more then 8.5 million people around the world.

We call our donors partners and treat them like investors because our approach is to invest together in leaders capable of enacting long-term sustainable change. Our Partners include individuals and institutions who believe that we can create a better world by empowering leaders.  Working together we can change the world. Global Good Fund donors offer transformational opportunities for us to make steep change in both our income and impact. 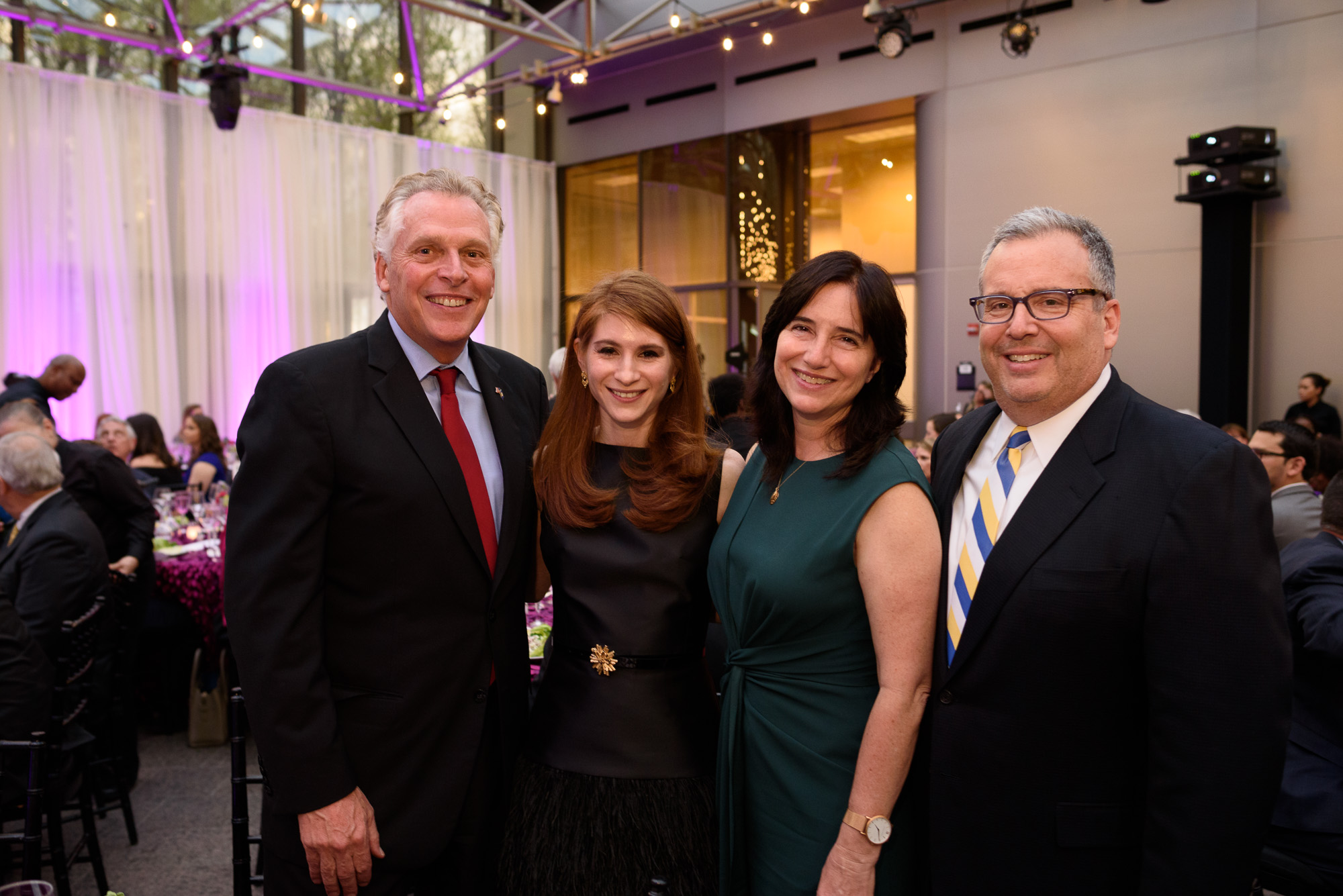 THE GLOBAL GOOD FUND IS A PEOPLE ACCELERATOR.

WE EXIST TO CREATE MORE GOOD IN THE WORLD, AND DO THAT

TO EFFECTIVELY GROW THEIR PEOPLE. OUR FELLOWHSHIP DRAWS SOCIAL ENTREPENEURS FROM

EXPERTISE AND FINANCIAL CAPITAL TO CREATE MORE GOOD IN THE WORLD.

SINCE 2012 WE HAVE SUPPORTED 8 COHORTS OF SOCIAL ENTREPRENEURS THROUGH OUR FELLOWSHIP.

ACCELERATE AN ENTREPRENEURS LEADERSHIP. OUR PROGRAM BRINGS TOGETHER FELLOWS FROM

WE BELIEVE IT IS MOST EFFECTIVE TO SUPPORT ENTREPRENEURS WHERE THEY ARE, SO

OUR PROGRAM IS VIRTUAL AND RUNS CONCURRENT WITH FELLOWS’ FULL-TIME EMPLOYMENT.

THIS METHOD LENDS IMMEDIACY AND APPLICABILITY TO PROGRAM CONTENT.

THROUGH THEIR SOCIAL ENTERPRISE WORK,

OUR ENTREPRENEURS CREATE MORE GOOD IN THE WORLD.

LEARN MORE ABOUT THE FIVE SOCIAL ISSUES WHERE OUR

ENTREPRENEURS ARE HAVING ENOURMOUS IMPACT.

THESE FIVE CORE VALUES EMBODY OUR CULTURE, SPIRIT AND DEDICATION TO DOING WHAT’S RIGHT. THEY KEEP US ALIGNED AND HELP US MAKE DECISIONS ABOUT EVERYTHING FROM THE FELLOWS WE SERVE TO THE STAFF WE HIRE.

Change begins with one person, one donation or one idea, and together, we create a ripple effect of lasting social impact.

DO GOOD. BE GOOD.

Act with integrity, humility and compassion, especially when nobody’s watching.

Be the change you want to see in the world; empower others to do the same.

We break the rules, change perspective and get creative; resistance never led to innovation.

Purpose drives our decision making and guides our storytelling.